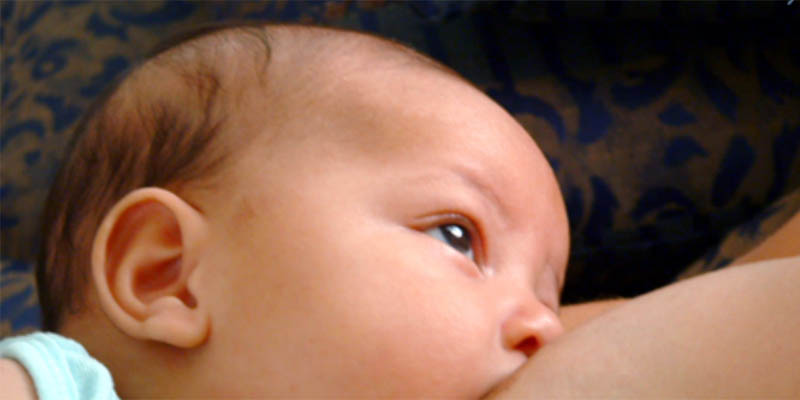 I was a mom with 3 young children and a piecemeal education when I began working with breastfeeding mothers.  My first son was born on the heels of my Army experience (born in an Army hospital, actually), so this should put into perspective what a different direction I had been in when I started my family.  Breastfeeding my children was such an inspiring experience that I decided to stick around and see if I could help others.

I decided to plan a future in lactation. When I had my babies I didn’t know anything about lactation.  I remember standing in my mother’s kitchen when I was pregnant with my first and saying “I think I’ll breastfeed”.  My mother responded with “well, it didn’t work for me, it probably won’t work for you”.  I decided at that moment that it would work, and now I was making it a career.  My oldest child had just started kindergarten, my twins would start pre school in another year, my marriage had just broken up, and I needed a direction.  Lactation just felt right.  I had a couple of wonderfully encouraging mentors who helped to guide me as I prepared for the exam.  I had GI Bill money to use and I enrolled in school to put together the fragments of an associate degree.  Because I did not have a college degree when I began to prepare for the exam I had to log an abundance of clinical hours to prove eligibility.  The clinical time gave me confidence and exposed me to learning experiences that I would have never known before.  I did not consider going to nursing school.  A couple colleagues made the suggestion, but at the time I did not conceive of why nursing should be the goal.  I have nothing against nurses; my sister is an amazing nurse with a great career, my stepdaughter is in her final semester of nursing school, I have several friends who are nurses.  That wasn’t for me.  I wanted to be a Lactation Consultant.  Not a nurse.

I successfully became a certified Lactation Consultant the same year I finished my Associate degree.  I became a trained doula.  I decided to go on to the next level.  Why not?  Feeling empowered and encouraged, and with the help of a wonderfully close friend I enrolled in a Bachelor level program.  Even more exciting was that the program was focused on lactation, so I was able to study what I was most interested in.  I loved it.  I thrived while I was in school.  I had the opportunity to read books about human lactation that I have always wanted to read but never took the time.  I wrote papers that were based on situations I saw at work and new mothers that I was working with.  I learned something new everyday.  I felt even more confident working with new mothers, educating pregnant women, analyzing breastfeeding problems.  I finished my BS in the spring of 2011.  I was working at a busy hospital, but the word in the field was that without an RN, I would be considered obsolete.

Fast forward to early 2012.  Master’s degree, here I come.  I was on a roll now.  The BS didn’t seem like enough anymore, and I needed more education to prove my worth.  I wanted to show the world that I didn’t need a nursing degree. I was setting an example for my children, building a life, building a legacy.  I heard more whispers about the lactation consultant who was not a nurse and I became even more determined to make a name for myself.  After all, wasn’t I the girl who decided her whole future based on something her mother said she couldn’t do?

I finished my MA this past fall.  I still hear quips about how I will be turned away from jobs because I do not have a nursing degree.  Families that I have helped have never asked me if I am a nurse.  Nurses have asked for my input with difficult breastfeeding situations, and I feel very confident assisting them due to my extensive education in lactation and clinical background.  None of the nurses I have worked with have ever felt that I was not qualified enough.  I feel successful in my field, and I worked hard for that.

I have met many women over the last few years that have had some of the same experiences as I have.  They became so passionate about breastfeeding due to their own experience that they want to work with other mothers as well.  They are motivated and energetic about what the future could bring for them.  When they ask about being a lactation consultant but not having a nursing degree, I have to be honest with them and tell them that it is not the easiest road to take.  I felt that it was right for me, because nursing was not my calling.  There is definitely a place for lactation consultants who are not nurses, and we are needed. The post partum period for new mothers is a delicate and emotional time full of changes and uncertainty.  Yes, hospital based lactation consultants are a necessity in every hospital where maternity care is offered.  However, once those mothers are discharged, they need to have a support system at the ready.

It has been my experience that it shouldn’t be just one way.  Some of the best and most knowledgeable lactation consultants I have met and admired have not been nurses.  In working together, we can learn so much from each other, and teach so many others.